Bringing a rich history to life through storytelling

I was approached directly by global developer Frasers Property to write a large format brochure to promote their new mixed-use project, Central Park. As Central Park is located in Chippendale, one of Sydney’s most historically interesting areas, I decided the brochure should be an entertaining, and somewhat irreverent read.

I researched Chippendale’s history at the Mitchell Library, spoke to locals, and made copious notes. Along the way, I found stories about a multitude of colourful characters, from Pig Mary to Roger Rogerson. There were tales of plague, sozzled brewery workers, prostitutes and hitmen.

The resulting brochure was described as: “A short and dirty history of Chippendale”.
It was handed out to all potential retail leaseholders and apartment buyers. 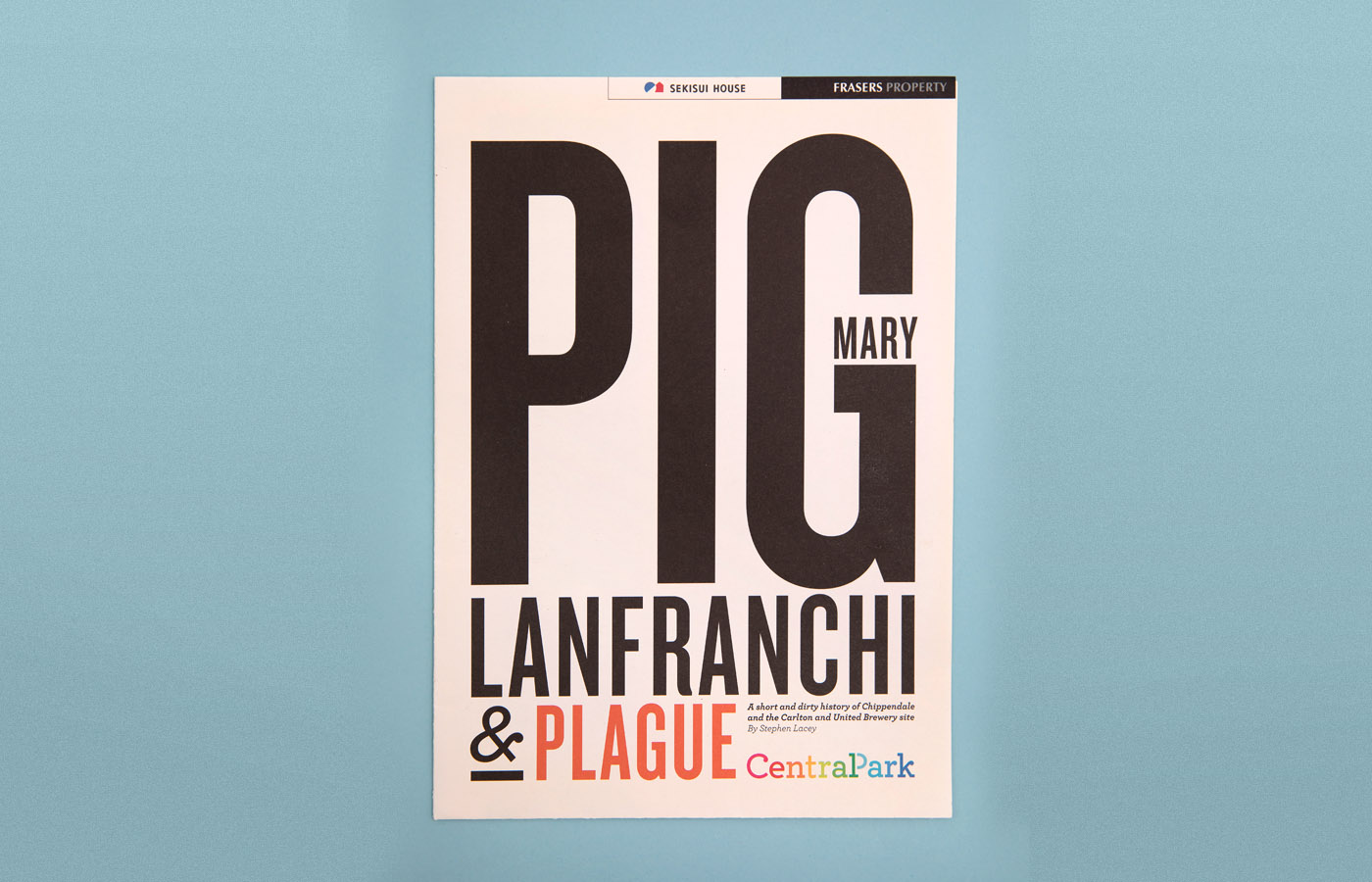